A few months ago Blogger added a feature where I can analyze the stats of my blog. I find it interesting and enjoy looking at it. I mean if a writer writes and no one reads it, did they really write it? I'm greatly encouraged when I know someone has read it and had some sort of reaction to it. Love it!

I am not yet a prolific blogger, by any means. And yet, I find it interesting that two of the top five posts -- every week -- were written months ago. Fascinating to me, at least and probably the most interesting to me, too.

Just in case you would like to know, here are the

Top 5 Posts for the Month of February for Kath Ink:

5) A Transformation Has Taken Place posted on December 3, 2010

I wrote the Carole Joy Seid post in August after attending her homeschool conference. That post continues to be a top post for me time and time again. My blog comes up when someone does a search on her name.

Originally I didn't write much about homeschooling. But since that seems to be a topic that drives some to look at my blog occasionally, I have plans to write some more posts about it as I go. It makes sense since I spend much of my time either educating, or reading about education, or tutoring for a part-time job.

Imagine that? I was on the right track when I first declared an Elementary Education major in college. I changed my course many times and walked out with a degree but not in education. I really do love to teach. It doesn't matter too much the topic -- Bible studies, Sunday school, ancient history, or even the pythagorean theorem. So between realizing that it is of interest to others and myself...I guess I''ll write some more about it!

How about you? Do you analyze statistics for your blog? Has it changed the direction of your blog any?
Posted by Kathleen T. Jaeger at 8:55 PM 4 comments: 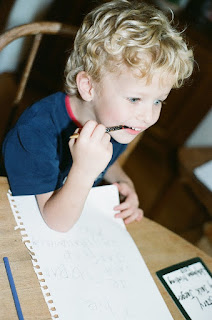 Is it enough? I keep asking this question.

When I asked it aloud to two of my Teacher Lounge friends, one of them asked, "What else do you think you should be doing?"

What a clarifying moment! 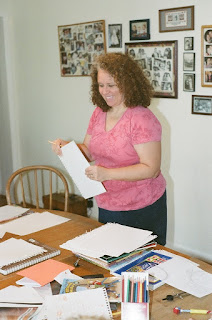 I don't want to do more. I am tired as it is. The to-do list is over-whelming at least it is when I dare to look at it. Most folks I know feel the same way -- busy and tired. Our 21st century American culture breeds stress. I'm not unique in this. But what is it that I'm really trying to ask?

I didn't know. The question kept creeping back in even after the clarifying moment.

"Am I doing enough?"

Most of it comes from homeschooling. Are we doing enough math? English? science? history? Art? Phy Ed? 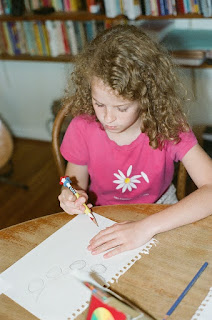 I remind my children of this often. When I hear from them, I want to know that they have thought about what they need. They need to come up with some possible solutions before they ask me instead of simply relying on me to guide them in everything. I want them to think. 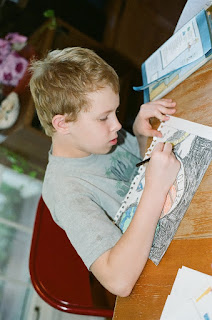 I needed to think. If I am not doing enough, than my solution will be to do more. My time is limited. I can only do so much. I don't want to do more.

This leads to other questions, especially in light of homeschooling. What skills do they need to have? Can I assess their math and English skills and make sure that they are at grade level? What skills do they need to be successful adults? What kind of character traits are we building? Am I focusing the bulk of our time on the really important stuff? 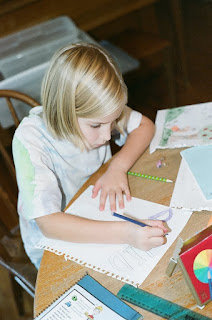 One good question has lead me to more questions that help me to make decisions.

The accusatory "Am I doing enough?" question only seemed to stir up the guilt of falling short.

I like this new angle better. "Am I doing the right things?"

Though I don't really have any more answers than when I started (I actually have more questions now!), I am on a more peaceful path. It is a better path because it's headed in a more acheivable direction.

I would love to hear your insight. Have you had a clarifying moment lately? Have you asked a better question? What are some of the guiding principles you apply in your family to decide what activities to participate in or not?

I am linking up with Company Coffee today, join us in the conversation. 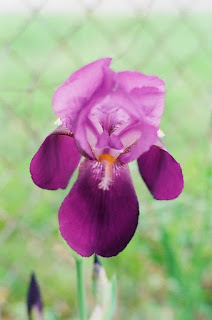 Near the end of the journey in the Voyage of the Dawn Treader as the travelers get close to the edge of the world, the light keeps getting brighter. They all have to expand their capacity to take in so much sun light.

I have been feeling that way. My capacity for absorbing all the good things in my life has needed to be expanded. This steady increase of being pulled in different directions has been drawing me out over time. Last April I felt pulled in new directions in my motherhood. I remember telling a friend that I don't think I can do it anymore. Not sure what it was. But I didn't think that I could keep on, keeping on with the normal, good, every day stuff.

I sure didn't know that in a few days after making that comment, I would be further drawn-out as I went away for almost three weeks to help my sister while my husband flew solo at home. This was also before we were notified that my husband would lose his job. Yes, again more stretching.

I felt like a rubber band pulled tight. For a very long time. With no relaxing it to let the band return to its relaxed state.

Now, I realize that my capacity was being expanded for this new season of motherhood that I am entering. My capacity is now a new size of rubber band.

But really, it is not my capacity at all. It is the Lord's capacity working through me. In this fullness of many good things, He reminds me that I can't do it all. That trying harder just won't work. Instead, I need Him. Need Him to help me with all these things that are pulling me in many directions.

Directions that He has lead me to. He is here. In the midst of our many good things. Like a faithful Father, He began to expand my capacity last spring. For I think there is even more I am juggling now. Just as He gave those Narnian voyagers time to be able to absorb more light. So He is expanding me. But not expanded enough to think that I can do it without Him.

Have you felt expanded in new directions lately? Have you sensed God's faithful provision in it?
Posted by Kathleen T. Jaeger at 12:01 AM 2 comments:

Be kind to those who are young,
they have a long way to go.

Be kind to those who are old,
they have come a long way.

Be kind to those who are in the middle,
they are the ones busy doing all the work.
--Saying on the wall of a hospital

Basically: be kind to everyone. Can you relate to this quote that I saw on the wall of a hospital a few years ago? I am definitely in the middle.

Which category are you in?
Posted by Kathleen T. Jaeger at 11:35 PM No comments:

A Different Kind of Help

I invited my husband to run with me two Saturdays ago. Then, I sent him away. With a scowl.

He turned his head toward me. He gave me a funny look. He ran a few steps ahead and said, "Like this?"

"No," I said, unpleasantly. "Keep on running. Stride out."

He ran ahead. With a puzzled look on his face. He came back, checked on me, and continued to run ahead.

"Uh-oh," I wondered. Would I be in trouble with my husband? I did invite him and then proceeded to send him away. And not very kindly either.

What compelled me to do that?

Was it my youngest of five, independent, "Do it Self" attitude that needed to prove something that sent him away?

Was it that during high school cross country races I ran by myself?

Once he was ahead of me, my gasps for breath were no longer magnified against his walking self beside me. When he was next to me, I heard each clunky step of mine next to his quiet stride. The comparison slowed my steps, making my effort seem even harder.

When he went ahead of me, I looked up.

I began to imagine my stride as more graceful. Instead of the fitness gap between us discouraging me, I began to be inspired.

I will never run as fast as my husband even if he was not in shape and I was. He is male and talented. I am female. I run long and slow.

But watching him run fast stirs me to keep training so that I'll be as fit as I can be. It doesn't have to be the same pace as him.

I liked having him ahead of me more than next to me.

How odd this struck me, at first.

But as I pondered why I liked having him ahead of me. I realized that this was a different kind of help. An inspirational kind of help instead of the in-the-trenches sort of help.

And this is true in my daily life as well.

I need friends who are running the race at the same pace and the same effort AND I also need people ahead of me, showing me the possibility of what can be done.

I need both: the trudging-right-alongside-me friends and the way-up-ahead friends.

How about you? Do you need both kinds of friends in your life? Do you have an example of someone in your life that encourages you more by watching him (or her) run ahead of you than if they were right beside you?

p.s. Thankfully, the hubby wasn't offended in my sending him away. I was still credited with the points of inviting him along for a run.

p.p.s. I promise that this is not becoming a running blog -- at the very least my next post idea has nothing to do with running.

ppps Thanks for coming for Company Coffee and go HERE to read more.
Posted by Kathleen T. Jaeger at 12:01 AM 13 comments:

Kathleen T. Jaeger
Writing about faith & family as I walk out the joys & sorrows of everyday life. Don't want to miss a post? Sign up to receive my blog straight in your email in-box.